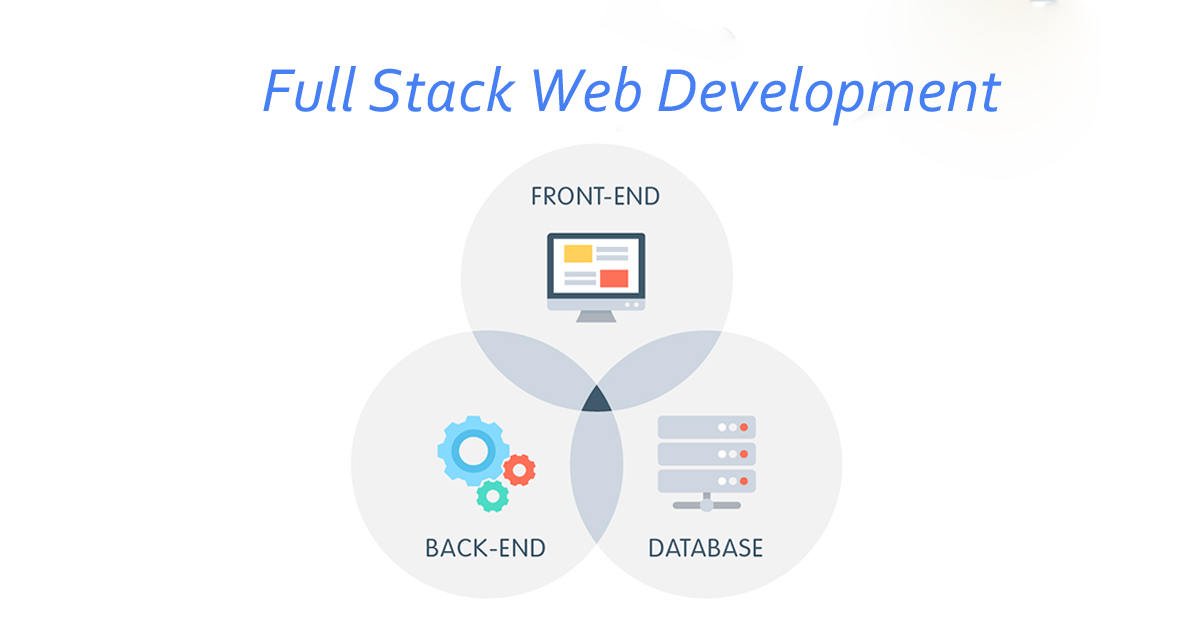 What is Full Stack Web Development?

Companies are demanding full stack developers who are proficient in working across multiple stacks on comparing with a specialist work on each of the different subsystems of web development process proves quite complex and expensive.

A full stack developer is a web developer or also known as Full Stack engineer who works with both the front and back ends of a website or application meaning they can deal with projects that involve databases, building user-facing websites, or even work with clients during the planning phase of projects.

What is a Full Stack developer?

The name Full Stack Developer is for the person who is an expert in working on the Full Stack of an application meaning Front End Technology, Back End Development Languages, Database, Server, API and Version Controlling Systems. Hence, the name “Full Stack” Developer.
Full-stack developer translates client requirements into the overall architecture and implements the new systems and understands the needs of an application. A Full-Stack Developer doesn’t necessarily master all technologies. Yet, the expert is expected to work on the client as well as the server side. The developer should have a keen interest in all software technologies.

Most full stack developers focus in a particular back end programming language, like Ruby or PHP or Python, although some, especially if they’ve been working as a developer for a while, work with more than one. For example in any job listings you can see title as “full stack Ruby developer” or the like.

How to expertise as a Full Stack Developer?

You’ll typically see a mix of front and back end skills listed on full stack web developer job listings, including: HTML, CSS, and JavaScript with also third-party library like ReactJS or Angular. Full stack engineer should know at least one server-side programming languages like PHP, Java, Python, Ruby, .Net etc. Understanding of caching mechanisms like Redis, varnish, Memcached is a plus.

Knowledge of various DBMS technology is another essential need of full stack developer. MySQL, MongoDB, Oracle, SQLServer are commonly used for this purpose. Besides, the person should know the principle of basic prototype design and UI /UX design. Awareness of web services or API is also important for full stack developers. Familiarity of creations and consumption of REST and SOAP services is desirable.

What does a Full Stack Developer do?

• Translate client requirements into the overall architecture and implementation of new systems to understand overall software development.
• Have to manage Project and coordinate with the Client.
• Write any backend programming language code in Ruby, Python, Java, PHP languages.
• Writing optimized front end code HTML, css and JavaScript.
• Have to maintain back end like, create and debug database related queries.
• Generate test code to validate the application against user requirement.
• Monitor the performance of web applications and infrastructure.
• Troubleshooting process involves web application progress with a fast and accurate a resolution.

Below are some Full Stack models to mention: