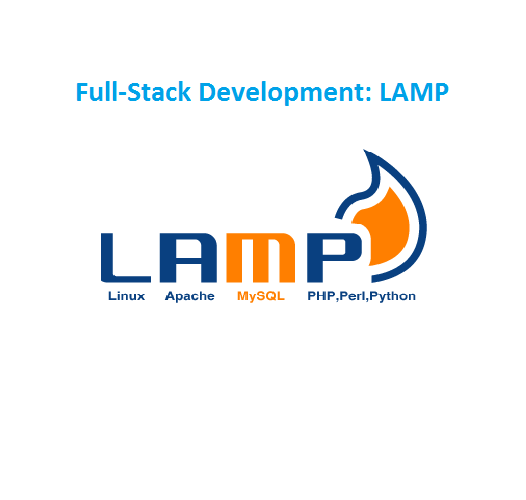 LAMP is a widely used Full Stack model for web service stacks. Its name “LAMP” is an acronym of four open-source components Linux, Apache, MySQL, and PHP. LAMP is an open-source Web development or Software development platform was introduced by Michael Kunze in 1998. That uses Linux as the operating system. Apache as the Web server. MySQL as the relational database management system and PHP (Perl or Python) as the object-oriented scripting language.

The term LAMP stack has been used as the base for Linux hosted websites. This platform has four layers so it is referred to as a LAMP stack. Stacks can be built on different operating systems. Developers can use any operating system such Windows operating system then it is called WAMP, with a Solaris system, SAMP, and Macintosh system, MAMP.

Linux is the LAMP Stack’s operating system. Linux started in 1991. It’s an open-source operating system and it’s free. Linux is the operating system layer and the backbone of the LAMP stack. All the other layers of the stack run on top of this foundation. You can competently manage the rest of the stack components on different operating systems such as Windows, macOS, and others. Linux has become the front-runner for web development due to its flexibility, customization and easy to use technology. PHP and MySQL are better suited for Linux. Further, SQL, ASP.NET, and ASP work better on Windows.

Apache HTTP Server is web server software that runs on top of the Linux operating system created in 1995. It is the most widely used server, powering more than half of the websites on the internet. The role of the webserver is to process requests and transmit information through the internet, using HTTP. It offers a secure and extendable Web server that’s in sync with current HTTP standards.

MySQL earned its reputation as an acclaimed database system as it supports SQL and relational tables. MySQL makes it much easier to establish dynamic enterprise-level databases. MySQL is an open-source relational database management system used to store application data. SQL works great with well-structured business domains and it’s a great workhorse that can handle even the largest and most complicated websites with ease.

This is a programming language. PHP is an open-source scripting language. PHP (Hypertext Preprocessor) is a programming language that has the role of combining all the elements of the LAMP stack and allowing the website or web application to run efficiently. It fits efficiently with Apache to make building dynamic web pages a breeze. It’s a competent and flexible language, and you can see the results of your new code as soon as you’ve written it. On the other hand, when a visitor opens the webpage, the server processes the PHP commands and sends the results to the visitor’s browser. PHP is the fourth layer of the stack because it interacts exceptionally well with MySQL. It is commonly used for web development because it is a dynamically typed language, making it fast and easy to work with. This feature may be especially appealing if you are a beginner and also you can use Perl or Python as a scripting language.

Advantages of a LAMP Stack

• The LAMP stack consists of 4 components, all of which are examples of Free and Open-Source Software (FOSS). As they are free and available for download, it attracts the attention of many users who wish to avoid paying a large amount of money when developing their website.
• Because it is FOSS, the source code of the software is shared and available for people to make changes and improvements, enhancing its overall performance.
• The LAMP stack has established to be a secure and stable platform thanks to its vast community that contributes when any problems arise.
• You can easily modify the stack and interchange the components with other open-source software to suit your needs.
• The LAMP technology is opening sourced and highly secure while running on a LINUX operating system. The LAMP stack can be available at a moderately low price compared to other software architecture bundles.
• LAMP stacks are frequently updated to incorporate new updates and improvements and can run on many platforms giving flexibility of use to its users.