Blog / Artificial Intelligence / How will AI affect our future

How will AI affect our future 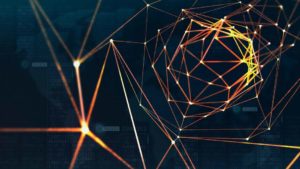 Artificial intelligence (AI) is a form of simulation of human intelligence processes by machines, especially computer systems. These processes include learning (the acquisition of information and rules for using the information), reasoning (using rules to reach approximate or definite conclusions) and self-correction.

This type of artificial intelligence system as the word suggests is quite reactive and they do not use any previous experiences to advise current decisions and to configure memories. The machine successfully analyzes and predicts all of its own possible moves as well as those of its opponent

Limited memory AI is mostly used in self-driving cars. analyzing and studying past experiences help in predicting. The static data such as lane marks, traffic lights and any curves in the road will be added to the AI machine. This helps autonomous cars to avoid getting hit by a nearby vehicle. Mostly, it will take 100 seconds for an AI system to make considered decisions in self-driving.

In terms of psychology, the theory of mind represents the understanding of people and things in the world that can have emotions which alter their own behavior. Still, this type of AI has not been developed completely in society. But research shows that the way to make advancements is to begin by developing robots that are able to identify eye and face movements and act according to the looks.

Self-aware AI is an advancement of the theory of mind AI. This type of AI is not developed yet, but when it comes to existence, it can configure to depict about themselves. It means particular functions are turned into humans like attention spans, emotions and also able to display self-driven reactions. In a way the AI is self-aware.

ANI is the most common technology that can be found in many aspects of our daily life. We can find this in smartphones like Cortana and Siri that help users to respond to their problems on request. This type of artificial intelligence is mundane.

This type of AI has the ability to do everything that a human can do and more. This kind of AI is capable of managing a smart home and can operate the things in your home and will notify you of the weather conditions and tells you interesting stories too. It would be able to reprogram and improve itself by “recursive self-improvement”.

Individuals are experiencing a loss of control over their lives. Decision-making on key aspects of digital life is automatically ceded to code-driven, “black box” tools. People lack input and do not learn the context of how the tools work. They sacrifice privacy, independence and power over choice; they have no control over these processes. This effect will deepen as automated systems become more prevalent and complex.

Data use and surveillance in complex systems are designed for profit or for exercising power. Most AI tools are and will be in the hands of companies striving for profits or governments striving for power. Values and ethics are often not baked into the digital systems making people’s decisions for them. These systems are globally networked and not easy to regulate or rein in.

The AI taking over jobs will widen economic divides, leading to social upheaval. The efficiencies and other economic advantages of code-based machine intelligence will continue to disrupt all aspects of human work. Some predict new jobs will emerge while others worry about massive job losses, widening economic divides and social upheavals, including populist uprisings.

Reduction of individuals’ cognitive, social and survival skills, Many see AI as augmenting human capacities but some predict the opposite – that people’s deepening dependence on machine-driven networks will erode their abilities to think for themselves, take action independent of automated machines and interact effectively with others.

Autonomous weapons, cybercrime and weaponized information. Some predict further erosion of traditional sociopolitical structures and the possibility of a great loss of lives due to accelerated growth of autonomous military applications and the use of weaponized information, lies, and propaganda to dangerously destabilize human groups. Some also fear cybercriminals’ reach into economic systems.