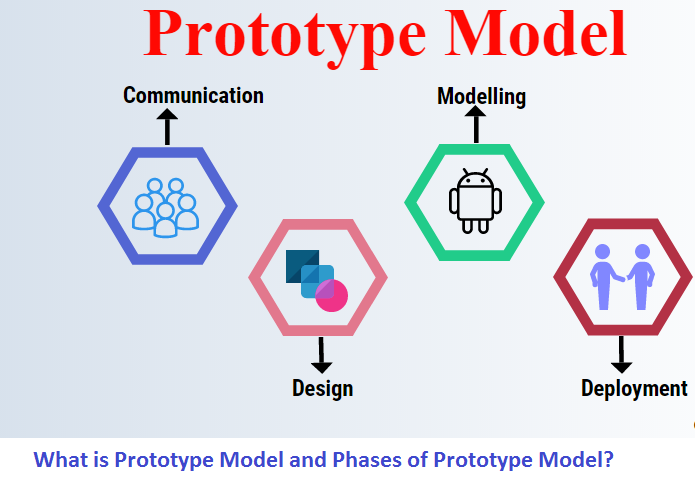 What is Prototype Model?

By using this prototype, the client can get an actual feel of the system, since the interactions with prototype can enable the client to better understand the requirements of the desired system. Prototyping is an attractive idea for complicated and large systems for which there is no manual process or existing system to help determining the requirements. The prototype is usually not complete systems and many of the details are not built in the prototype. The goal is to provide a system with overall functionality. This model works best in scenarios where not all of the project requirements are known in detail ahead of time. It is an iterative, trial-and-error process that takes place between the developers and the users.

Build a Prototype In this phase, an actual prototype is designed based on the information gathered from quick design. It is a small working model of the required system.

Initial user evaluation: In this stage, the proposed system is presented to the client for an initial evaluation. It helps to find out the strength and weaknesses of the working model. Comments and suggestions are collected from the customer and provided to the developer.

Refining prototype If the user is not happy with the current prototype, you need to refine the prototype according to the user’s feedback and suggestions. This phase will not be over until all the requirements specified by the user are met. Once the user is satisfied with the developed prototype, a final system is developed based on the approved final prototype.

Implement Product and Maintain Once the final system is developed based on the final prototype, it is thoroughly tested and deployed to production. The system undergoes routine maintenance for minimizing downtime and prevents large-scale failures.